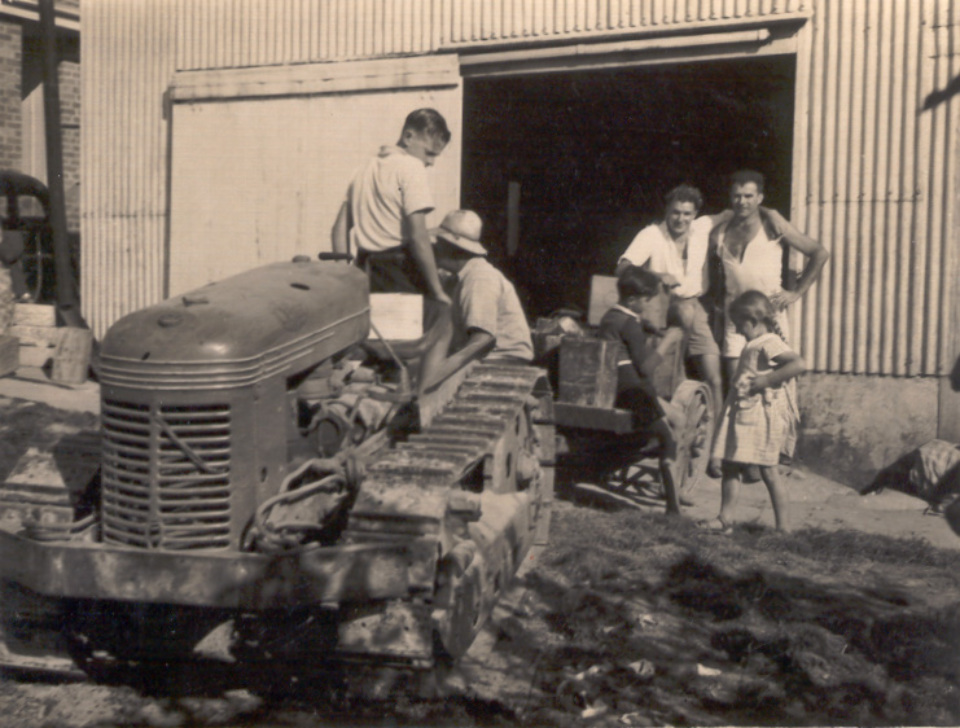 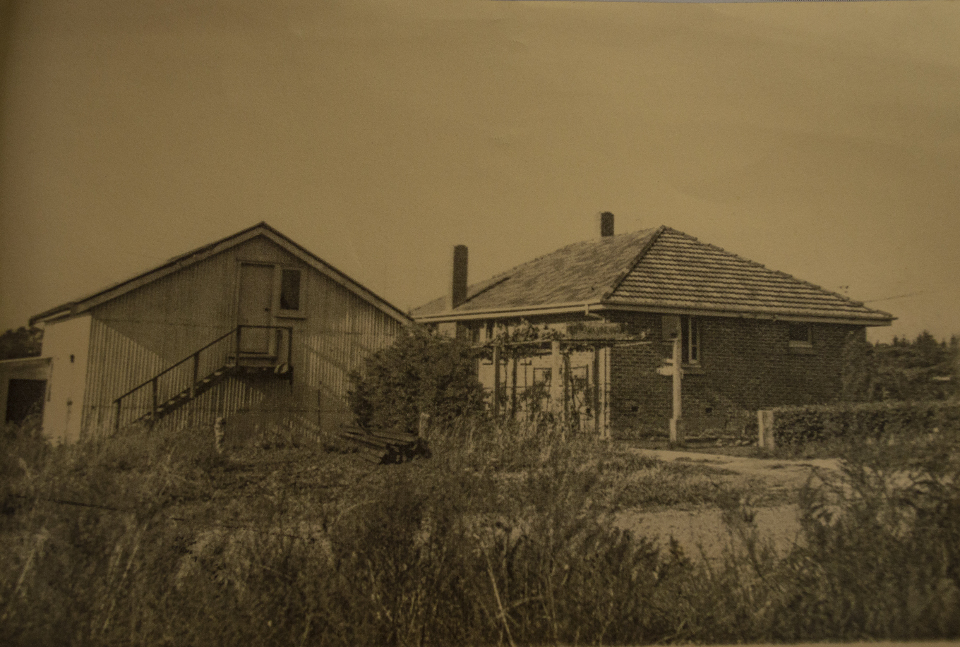 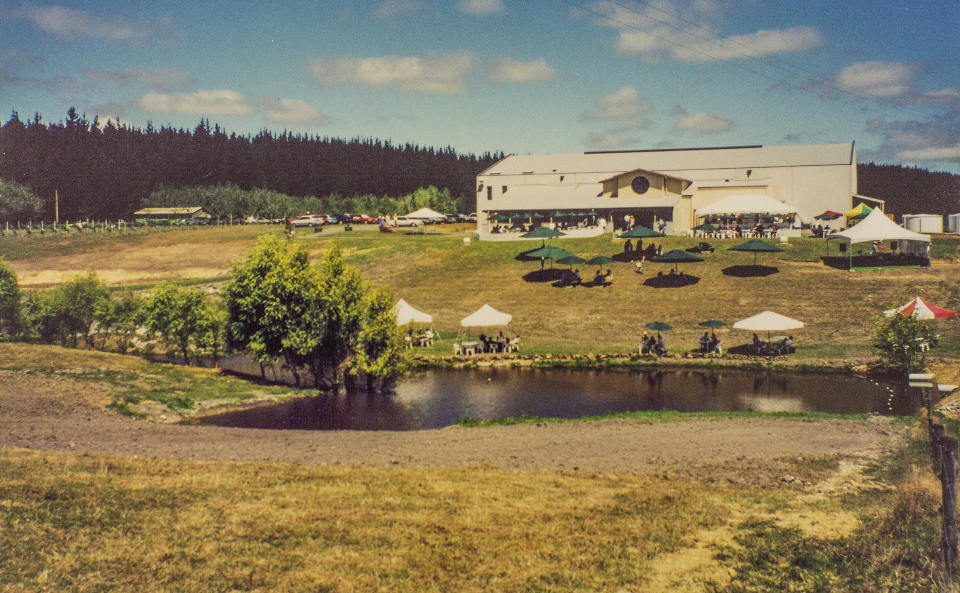 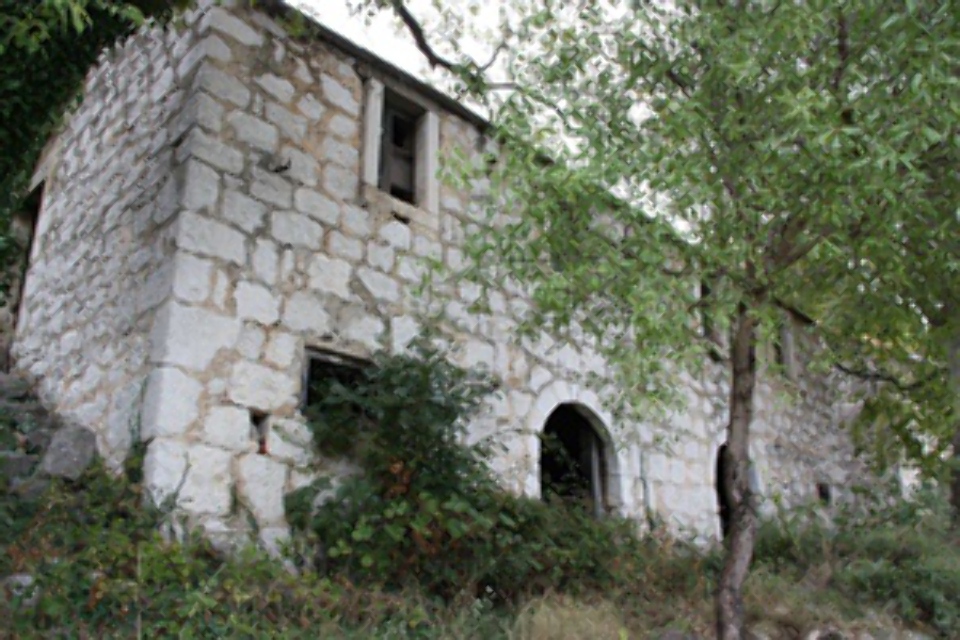 Ante Ivicevich, and son Mick, made wine in Yugoslavia, in a three-story stone building with a tile roof. The ground floor was the wine cellar, with wooden kegs/ barrels, the second floor was the living quarters and the third was a loft. Ante had a good reputation as a winemaker. They made and blended the wine, selling to to local cafes, and abroad as well as to travelling merchants who bought wine to trade as they moved through the villages.

They had a substantial vineyard for that village at that time. In times of bad weather big cannons in the vineyard were faced skyward, loaded with black powder (gunpowder). The fuse would be lit, and the cannons would blast into the sky to break up cloud and disperse the hail. This helped to alleviate the hail damage to the grapes and the canes which would carry next seasons crop. Without these extreme measures entire crops could be lost. In one of these blasting occasions Ante had his sight damaged, which took a long time to recover from. Olives were also grown, and olive oil made, using a press which was owned by a village group. Ante continued do make wine following Ante’s death at 40 years of age.

Mick Ivicevich was born in a stone house in Podosmina, Yogoslavia but he travelled to New Zealand in 1904, where he went gum digging at Awanui in the far north for a number of years. The price of gum was not great, and times were hard for everyone so he also cut hair to supplement his earnings. Mick took sick and was hospitalised with a kidney complaint, which almost took his life. After that close call Mick decided to go back to Yugoslavia hoping the doctors there could improve his condition. When he arrived back in Yugoslavia in 1912 he went to a herbalist named Sadicovich, who helped him with his treatment, consisting of mainly juniper berries, which helped him immensely. Later in 1912 Mick married Anne Piacun. Four children were born, although their first son died in his infancy, two daughters Mary and Ago were born, then Tony was born in 1923.

Tony recalls life in the house. There was a flour mill in the basement where wheat purchased by his mother was ground into flour, before she baked it into bread. When Tony was five years old, he recalls a large rock breaking off the hillside above the house and crashing through one of the stone walls of the cottage. Fortunately nobody was hurt. Smaller rocks broke off on a number of other occasions and smashed through the tiles on the roof of the house.

In 1914 when the First World War broke out, Mick was enlisted in the Austrian Army. As soon as possible he escaped to the Allied side, for which he was to be court martialled. A friend, a Yugoslav doctor helped him get a reprieve, but he was sent to the front, from where he escaped a second time, across the Italian frontier to join the British, however he was held in Italy as a prisoner of war. When the war was over he returned home, but as things were still unsettled and he was a supporter of democratic rights, he decided to return to New Zealand in 1924, where he resumed gum digging.

In 1932 Mick decided to bring his eldest daughter to New Zealand, but she chose not to come, instead marrying Ivan Papic in Yugoslavia. So instead in 1934 Mick arranged for his young son Tony to be sent board the ship Orama (hence the name of our port).

So in 1934, at the age of 11, Tony boarded the ship and sailed to New Zealand to follow in his father's footsteps. In those days it was not unusual for children as young as seven years to sail to New Zealand unaccompanied by an adult.

At the time when Tony arrived in New Zealand, Mick was digging drains on the Hauraki Plains, near Ngatea. During this period Tony went to Ngatea School to learn English, a walk of three miles from their home in Canal Road. After school Tony would do the shopping for their supplies, and cook the evening meal for his father and two work mates. The food was basic but they were never hungry. Mick Ivicevich and George Antunovich also worked in a flax mill in the area. Mick and Tony later moved to Orini, near Hamilton and did some drainage work for a local farmer. Tony maintained his schooling in English at Orini School with the local children.

In 1935 Mick and Tony moved to Henderson, and stayed on the property (then owned by Mick’s cousin Tony Ivicevich) living in a bach with no power, and cooking on a wood burning stove. That year, Mick and his cousin planted a vineyard in Awaroa Road in Henderson and Tony went to school. They paid a down payment of 150 pounds on the property. In addition to grapevines, the land boasted plum, peach and citrus trees. They survived by growing pumpkins, potatoes and cabbages, which they sold for sixpence a bag. A cellar was built in 1936 at a cost of £190, where Mick, Tony and Mick’s cousin Tony Ivicevich lived for a number of years. During this time Tony furthered his education at Holy Cross School in Henderson. After school Tony was picking fruit grown on the property, where vegetables were also grown for the market. His jobs still included cooking the evening meal.

The first winemakers licence was granted in 1937. Some Totara barrels and winemaking equipment were brought from the Vela family in Oratia. This consisted of 2 vats, 20 small kegs, and a press, at a cost of £100. This was the beginning of the Ivicevich Family Winemaking, in New Zealand. The first vintage was sold in 1937 for one shilling and sixpence per bottle (in unlabelled beer bottles). In 1952 they (Tony and Mick’s cousin Tony) registered a company called Panorama Wines Ltd, at 155 Symonds Street, Auckland achieving New Zealand’s second liquor retailing licence. The licence conditions were that there was a minimum sale amount of 2 gallons (9 litres). Meanwhile the vineyard and winery (Panorama Vineyards) was being run by Mick and his son Tony. The family home was built in 1944 of brick and tile construction for £450. Tragically that same year Mick passed away.

In 1945 Mick’s son Tony married Mary Vitle who lived next door, and worked in her Uncle’s Auckland restaurant. Mary and her mother Janje Vitle played an active role in the pruning and tying of the vines, and harvesting the fruit. They also assisted with the daily work around the winery. Prior to the marriage of Mary and Tony, Janje was involved in helping to establish the business by her willingness to volunteer her time and labour and continued to do so until 1974. Mary and Tony had a daughter Diana and a son Dennis who died at the age of 3, and a son Anthony. Anthony and Diana went to school at Holy Cross, Henderson, after which Anthony went onto Henderson High and Diana to St. Marys College. After a time of unsettled business partnership with Panorama Wines, Tony bought out Mick’s Uncle Tony’s shares in the business and property, and relocated the wine resellers licence from 155 to 239 Symonds Street, a much larger premises where wine could now be sold by the half gallon and single bottle. Mary worked actively in the Symonds Street business, while assisting in the winery and doing administration.

In 1964 due to Tony’s illness, Anthony, at the age of 15, left school to assist in the winemaking and running of the business.

In 1971 a new winery was built, which was officially opened by the then Minister of Finance, Rt. Hon. Robert Muldoon. Further expanision in stainless steel tanks and new winery equipment was taking place to meet the changing needs of the industry, where the emphasis was in varietal table wines.

In 1972 Anthony married Susan Herrick, who lived in Henderson and worked as a receptionist at Auckland Farmers Freezing Company. That same year Anthony and Susan established Balmoral Wines, which enabled sales of wine they made on the premises in a “dry liquor licensing area” where Susan played an active role in the retailing and administration of the business. In 1974 their first son Michael was born, followed in 1976 by Linton. During this time Anthony had taken over the entire winery and vineyard operations of Panorama Vineyards, while Tony concentrated on the Symonds St. shop, which he later sold in 1985 retiring to Waiheke Island where he built a home, while his wife Mary remained in the family home adjacent to the Panorama Vineyard and winery, where she continued to work with her son Anthony until she retired.

In 1985 due to the selling of the Symonds Street retail business, Panorama Wines Ltd, Anthony decided Panorama Vineyards would need a new name and direction, changing from predominantly fortified wine to premium varietal table wines, as this was the time that the New Zealand wine industry was going through major changes and focusing on premium varietal table wines for a worldwide market place. So the search was on for a new name. Just 1.5 km from the vineyard was a rail stop called Westbrook. The name and place seemed right and West Brook Winery was established. Anthony began the process of changing the wines to modern varietals, such as Muller Thurgau which was one of the trends at the time. During the first year under the West Brook name, all the company’s table wines gained silver medals at the national wine show.

1999 West Brook moves and builds a new winery in Waimauku:

As Auckland City continued to sprawl and vineyard operations in a built up area became more restrictive Anthony decided it was time to relocate and expand vineyard operations. Initially he was looking for a spot on a main road, preferably at cross roads with suitable viticulture land. After much searching this was not to be found but a chance drive down a gravel road out the back of Waimauku found what he had been looking for. At first glance a paddock full of cattle but Anthony saw the potential and soon realised it.

A brand new state of the art winery was built and grapes were planted. Malbec first followed by Chardonnay and Pinot Noir. Pinot Gris came later. Chardonnay has gone on to become the flagship variety with multiple awards and trophies since the first vintage was produced.

The vineyard now fully established is renowned for the award winning wines it produces. The grounds are well tended making this a picturesque and peaceful spot to visit. James Rowan has now been with Westbrook for 17 years and continues to make award winning wines from our home block and Marlborough. A new family tends the land with help from the old. This story will continue for Twinsen and Jessica for many years to come. 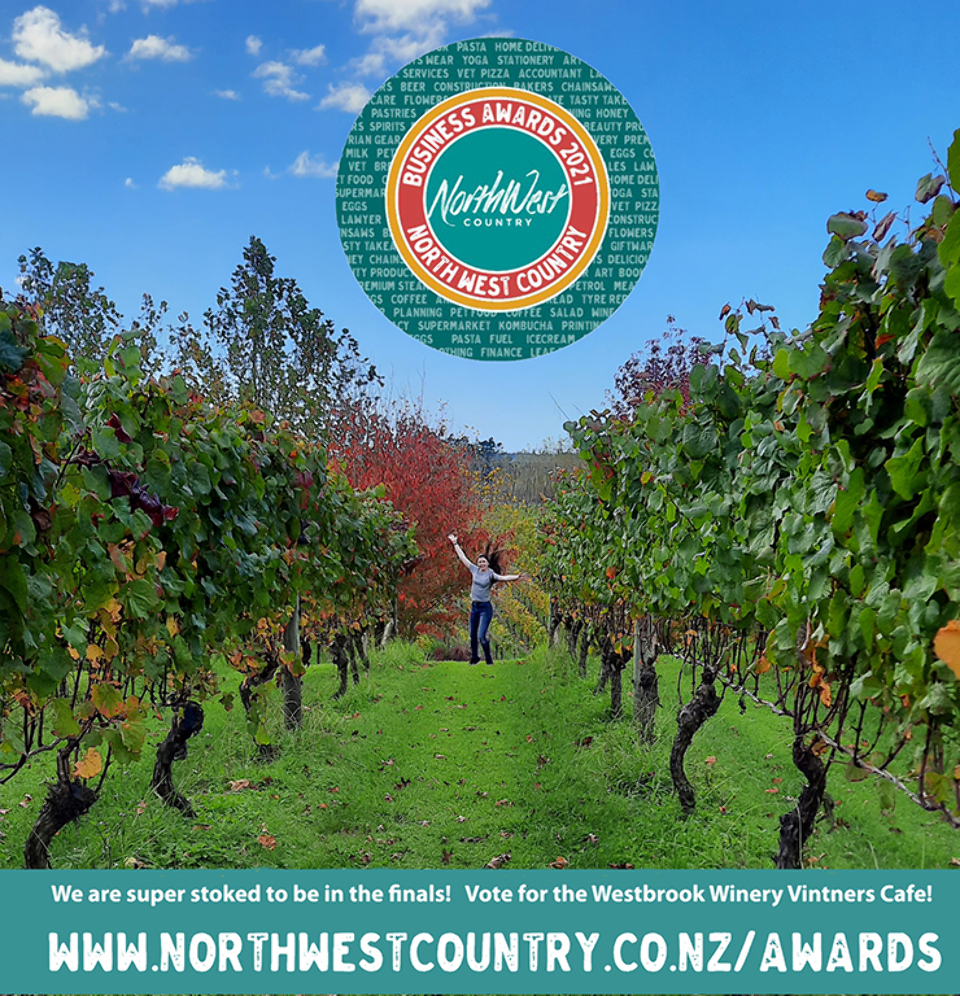 Westbrook is super stoked to be a finalist again in the Northwest Business Awards.

If you love our wines, our place or our delicious wine-matched platters and pizzas then vote for us! https://www.northwestcountry.co.nz/awards/

Went to a few wineries close to riverhead/kumeu, this is the best one so far! But this greeting you on the doorstep explains everything, you literally feel like home! Great wines too! Highly recommend! 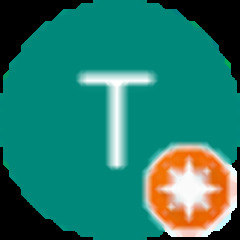 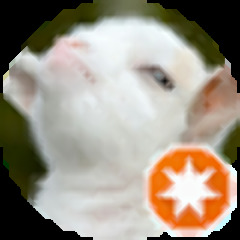 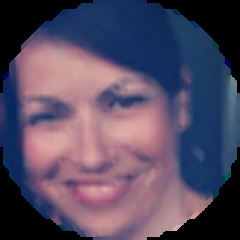 Delicious wine tasting and fun, knowledgeable host. Unpretentious and it's great to see the local businesses promoting each other. Looking forward to returning. 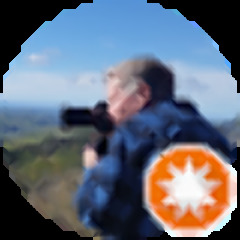 Outstanding wines. Outstanding location. We took a wine tour that had selected North Island wineries near Auckland. We particularly enjoyed this stop. Award winning wines in a beautiful setting. They were knowledgeable and served beautiful wines.

Are you of legal age to purchase wine in your country of residence?